The different faces of Feminine beauty: A poetic prose-letter to all women

Feminine beauty has no perfect colour, no perfect shape. She knows no race, she knows no boundaries. She embraces her thousand and one faces, her infinite personalities: her sexy and her unattractive, her make-up and her nature, her whimsical and her logical, her risk-taker and her comfort-dweller, her independent and her assisted, her motherly and her lolita, her so many more and the infinity between these opposites. The sulky pouts,  poses and moves, the whimsical, find even in her darkness the sparkle of her light.

She has no perfect colour, no perfect or one shape. She is more than the some of her parts. She never stops at her face and she runs in a spiral around her body to her toe, varying slides of miscellaneous forms, all as feminine and amazing as their non-identical sister. She can be so bewitchingly sexy and so casually. effortlessly attractive. She captivates the eye of the sighted beholder, the observant perceiver and gives its sense to ‘classic elegance’.

She seldom minds a bit of a change, sometimes riding on the wave of fashion, at times, trying on another facet of herself. No matter how at times it decorates her, fashion never defines her. In fact, many a time, she redefines fashion before it collapses in the bored web of its routine patterns. She has been the epitomy of La Femme fatale or just La Femme, Lolita, or simply Elle.

There is straightforward simplicity in her beauty that contradicts the mystery that she inspires. She plunges the observer in a state of wonder. She could be a neighbour yet she is so out of reach.

In her dawn, she sparkles in cuteness, waiting to prove herself more with time and age, maturity and struggles, with wrinkles and greys. She does not dishonour or disavow her bud but rather cherishes and works it with the effortless energy of youth that birthed it.

She is impossibly timeless, ageing with wonderful grace. The self-assurance that only time adequately develops, the relaxation that experience teaches, the confidence that maturity blossoms, these are only some of the crop that beauty harvests with age, provided that our bodies are given the R.E.S.P.E.C.T., tenderness, love and care they deserve. And what delicious power comes with such assurance.

She does not blend in the monotonous similarities but stands out by her unclonable individuality. She has this wonderfully exciting way of being mysteriously unique and ravishingly bewitching. In her mystery, the beholder’s eye wants to dwell longer, yes linger, even explore, answer the question marks frowning its brain, discover the element of difference and of such originality.

They are not just another beauty, a rose waiting for her time to expire. They earn their place, our gaze, our admiration beyond their looks, through their tenacity, their achievements, their strength. They gave us a graceful rock to emulate,

Ultimately, she is the girl next door, that familiarity and proximity might blind the eye to take for granted. She is amongst the last one seen, towards the bottom of this page, but the one whose memory lasts forever. This is because her powering through hardship, her hardwork and self-belief is a perceptible inspiration that endears you to her.

If you have made it till the end, well done. For the start is great, but without the journey and the end, there is no purpose to it. Because beauty is generally right closer to you still, most of the time unembellished, and by this virtue, also often taken for granted, or worse ignored or unseen. An ugly woman is a woman whose beauty is as yet undiscovered, to whose beauty the world is blinded by the limitations and single-mindedness that their time and space give to their perspective. The whims of fashion, the immaturity of science, the habits of tradition will not allow a woman to be who she is, beauty, unless it benefits them. Because, beauty is most definitely in her, in you. She survives the noise of billboards, the make-up of tides, waiting to be discovered, to be embraced for who she is, unencumbered by the whims of fashion and the boundaries of biology or science. And as you embrace her as she is, as you are, unconditional and loving, wrap her in your skin, then you discover, Beauty is YOU. 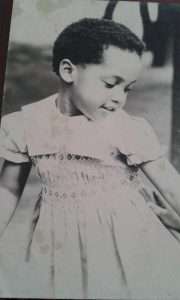 This is me. Get your own photo and place it below the article on the social comments

Editor’s notes: this article goes around the world in its diversity but cannot list all the billions of wonderful women out there, making a difference in their homes, in their region, in their countries, in their continent, internationally, by doing their thing. Every drop of goodness a woman plants grows a strong and proud nation. Feel free to add your own list. You are wonderful.

References: Wikipedia, Women of the World.