The Human Art series is about being unashamedly superficial, long enough to notice handsomeness or beauty but not long enough to confuse it with worth. This article focuses on gorgeous African Actors, wherever they may be found in the worldwide diaspora. I love “rinsing my eye” as the French would say on the creme of the creme of visual delights and African actors whether from the Carribean, the Americas, Europe, their original continent or wherever in the world, give us something to enjoy. With varying shades of handsomeness, traits of strength and variety in personality and renditions they give us a feast for the eye originating from a noble continent. It is not always the most known that tops our list, because the handsome do not always have to be the most prominent. But it is genuinely beyond the cinematographic popularity, the matter in the man that maketh the actor. A few of the countries of origin covered include Benin, Ghana, Sierra Leone, Egypt, and Ivory Coast. The adopted lands are United Kingdom, United States and a number of others around the world. 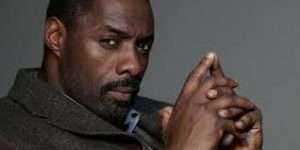 Whether he is a Looser* or a winner, a hero or a baddie, an Asgardian or a mere mortal, the man is exactly that. The man. Idris Elba has nothing to envy any of his fellow actors. Multi-talented (and I am not just talking ecclectic acting and radio show), the man just bonifies with time. They greyer his mane gets, the more apparant another aspect of his charm. The man does not cower before challenges. He embraces them, unveiling each time another facet of his infinite charisma. Add to that a British accent and you have the archetypical bad boy you will want a taste of under (and I mean under) all circumstances.

* The Loosers is a film adapted from a DC Comics series
** Some of the movies and TV series directly or indirectly mentioned: Thor (Marvel Comics, MCU), Luther, The Loosers, Fast & Furious Presents: Hobbs & Shaw 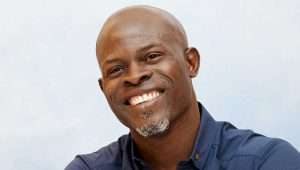 The charismatic Djimon Hounsou is always a pleasure to watch from every angles, my parents forgive me. Built like a god, with the most attractive lips, even his typecasting as a villain could not let the safest of us insensitive to or away from him very long.

Never (so far) the leading actor, and I suspect on purpose, the Beninese American (whichever order is correct) never passes unnoticed in any of his interpretations as the thousand and one representations of a villain, a villain’s help and just a menacing protagonist, full of purpose. But his smile betrays a completely different human being away from the cameraa few decades ago. 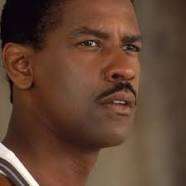 Mr Washington is a great actor and has enough physical and emotional rewards to showcase this. But even he cannot deny that his good looks have played a part, no matter how small, in gaining and sustaining our attention. From his beginnings to now, the man has tirelessly worked, never leaning on such feeble aspects yet we cannot pretend they are not there. Maybe good looks are sustained by hard work, but it is not that of a cosmetic enhancer, but that of doing the job you like, tirelessly and devotedly, that of not falling into the trap of stardom, the boring typecast, ever quenching the opportunity that acting gives to explore aspects you did not know of yourself, of others, in a way that is never meant to glorify you but to testify on people’s behalf, and to declare facts through emotional renditions. We’ll have us a bit of that type of beauty potion, or at the least, Denzel Washington, are glad to feast our eyes on the screens you grace! 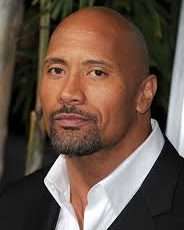 Dwayne  Johnson probably better known as The Rock has been gracing our screens with his good looks, his good sense of humour, his impressive physique, and a lot more of little things that mean that we never get tired to see or hear him and better yet, if I may say so candidly, see him move and be him. His own transformation from a frail then plump boy to the striking man we cannot wait to show up or save us is an example of what is possible if one just believes in themselves, and he is definitely giving one or two humble lessons to learn to the average man. As for us, the lesson is really just to look in the right place, and thankfully for us, the cinema seems to have at least one film a year in which he stars! 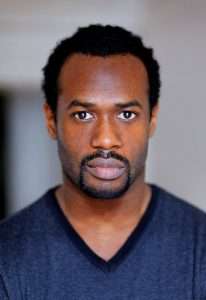 Djédjé Apali was a multicultural actor who graced our screen with his craft and his handsomeness.Ivory Coast, Guadeloupe and France were all somehow in his blood and he went from one screen to the other, one role to the other with the adaptability with which that background had enriched him. Known for movies such as “Jeune & Jolie (2013), Palm Trees in the Snow (2015) and Sara’s Notebook (2018)”*, his last cinematographic contribution was in Glad Amog Lemra movie Djoli, where he played one of the protagonists. The triple threat (actor, voice-over and dubbing from studying international trading) marked his time. His talent and his aesthetic credentials are very much sorely missed.
* https://www.imdb.com/name/nm1714616/ 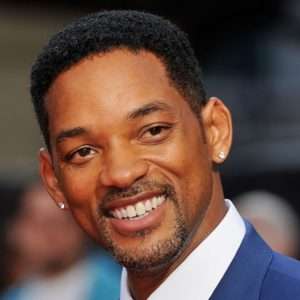 Signature ears come out of either side of his face as if to slow down his move forward. Signature smile that will warm up a sad heart. Signature face that seems to be oblivious to the ravages of time. These are as many features, that for better and for worse are associated, as much as the words Prince of Bel Air to Will Smith. The actor of many facets have made us laugh most of his life and so when it came to crying he could only do it more. He has succeeded in making us laugh with him for so long and goodness knows a good sense of humour is an asset of tremendous value for an audience looking for fun in life and for anyone seeking every silver lining in a potential mate 😉

Edit: In his hour of darkness, Will Smith has shown another side to him. Let us hope that his apologies are sincere and that this was just a bump in the road. If time tells us otherwise, then his face will just have to be removed from this page. Beuaty is inside out, even when we don’t involve the mind, the heart always has a place.. 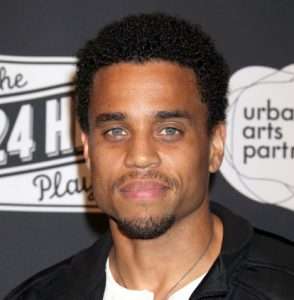 Puppy blue eyes and a no less charming face make it hard not to notice or even fall for Michael Ealy. And since he excels in his main and recurring television series’ roles as part of our daily screenwatches since 2000, there is no escaping the enchantment. Certainly two of the biggest international divas in this world agree as he has featured as the love interest for both Mariah Carey (for the 2005 music video “Get Your Number”) and Beyoncé (for the 2009 music video “Halo”). 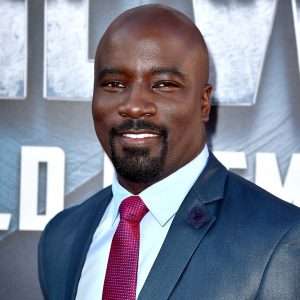 Mike Colter came to our screens more notably in The Good Wife and Ringer, and more recently, as the Harlem hero and Marvel Defender saving his world in his own series, Luke Cage. It is quite interesting, to see his transformation though, when you remember him from earlier appearances. He sis star in such films as Million Dollar Baby or better yet, as the father of Will Smith’s character in Men In Black Three. Since then, he has enchanted our eyes and reassured our minds with his looks, his muscles and his kindness and helpfulness, courtesy of his unbreakable justice-oriented character. 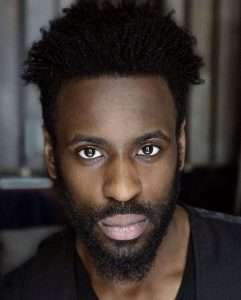 Joaquim Tivoukou is a rising star putting his mark as well in the French speaking scene as in the American and African ones. Languages are just one of the many tools of his multifaceted arsenal. The artist is adept at one-man show spectacles as showcased in Tonton Big Mac. He appears in TV series such as the Canal+ broadcasted “EKI”, the 2019  French comedy drama Someone, Somewhere (originally “Deux Moi”). He appears in the 2017 American and Chinese movie and Beijing Student Film Festival Special Jury Award China Salesman. He also stars in Glad Amog Lemra‘s 2019 African movie Djoli (2019). I bet those big dark eyes help plunge the mind into the mystery they emanate. You will find even more about him, especially a hilarious short clip of his dancing abillities in nothing but a towel on his social media at Joaquim Tivoukou Instagram. 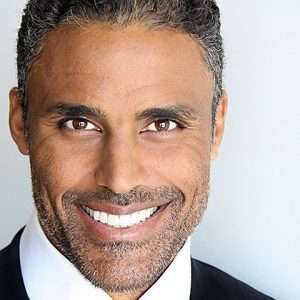 He is tall (his 2 metres 01 or if you prefer 6 foot 59 although his ex-girlfriend character in The Big Bang Theory reports 6 foot 7 which no doubt have been cultivated in his time as a basketball player, now retired, for the National Basketball Association for the Boston Celtics and Los Angeles Lakers and in college).

He is dark (the kind of mystery that plunges into his brown gaze and loses you on that brown skin).

He is handsome (duh). Ok, justification. Another female character from the Big Bang Theory calls him “probably the most beautiful man I’ve ever seen in my life”. Well, she does play a scientist, so need I find more unbiased? By the way, the script is by two men. Either way, his photo makes any perceived relativity in this a moot point.

This Canadian-Bahamian sports personality is also a film and television actor, businessman, and a sports franchise owner. Frankly, I know none of you have read his bio this far, distracted as you have been by his looks, so why bother continue typing?

Gorgeous African Actors: But do you recognise any of the following actors?

Can you see who is the living sculpture, the quiet, the romantic lead, the comic cutie, the brightening smile, the tall and dark icon, the charming, the hunk? Take your pick of three more African actors to make up our 10 human art made in Africa at the least a few decades ago.