Christmas 2022 has arrived, give or take a month or two. The movies abound already, taking the magic of the season as background to romance and family movie genres. In romantic movies, Christmas brings that extra sprinkle of magic that helps to create pairings in the most unlikely circumstances and places. Whether it is the girl next door who ends up with a prince, or a lost soul who finds her way back to fulfilling her true self, the streaming services have a host of stories to help us believe in the magic of Christmas, whether or not it is featured in the movies themselves. 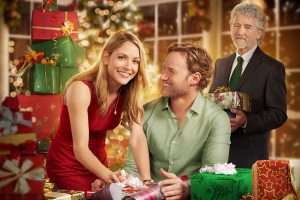 It is so weird to watch Bobby Ewing or even the man from Atlantis being called Dad. Still got his charm. The lucky daughter is the main female protagonist played by convincing actress Brooke Nevin. The Christmas cure looked like it was going to give us a good ride and not just because of Patrick Duffy. Where it fails is the way it crams the love story in the last 5 minutes with a montage that does not prove what it thinks it proves. The cliches were handled ok, even the last minute conflict did not feel like a conflict but a reasonable reaction. And yet, for me, it failed at the final hurdle. And to go full circle, the title had no bearing on the story, except for the use of the word cure, for there was nothing that Christmas did to influence the final decision. 5/10

Small Town Christmas stars Ashley Newbrough and Kristoffer Polaha as Nell and Emmett, two book lovers with great author penmanship who lost the opportunity to live their romance and passion for books together when circumstances took Emmett away. A few misunderstandings, untold stories, lost letters later, they meet again in the inspirational small town that inspired Nell’s book through the stories that Emmett told her. Kristopher Polaha is his usual great self and Newbrough is a great counterpart. The story is a dream for a publicist and flows nicely. Heartwarming and lovely watch. 6.5/10

Romantic Christmas Movies on Amazon Prime 2022: A match made at Christmas

A match made at Christmas does such a great job of alienating its male protagonist that no amount of last minute apology can make the viewer root for the two protagonists to end together. It does redeem him because well he looks sincere, but sorry that does not make him in love. Holly, the female protagonist was a little too much at times for me with her small-town, love-Christmas-or-die mentality but you sympathise with her good intentions and the fact that she is just lost in a town where clearly no one cares enough about her or her emotional growth to help her out of it. The graund-auntie’s gift may be matching people but not helping her great niece grow, unless that is what matching her is. No wonder why the girl is obsessed with getting married. Her brother’s bride and best friend is just a whimsical spoiled brat who sees only her needs but not the work and effort put, never really thanks her but rather complains. Her brother complains when she finally express her dreams. Everyone seems to revendicate that she sacrifices her dreams, her travel money, her time, her career for them. And then she ends up with someone who hasn’t had the time or the effort to prove he’s any worthy. Great characters and plot to get us involved emotionally (the best on this page) but disappointing outcome, so barely 5/10.

When you watch a lot of these formula romantic movies set at Christmas, you get used to the main actors being barely just above average. There is not much effort to be made when Christmas outstages the script, so there. But then comes Anne Heche and acting matters again. The natural flow with which she utters her lines makes all previous movie main protagonists sound like amateurs. While the script awkwardly exposits from the outset, she is the single reason that makes the movie worth watching on. I’m kind of happy they give her an attractive protagonist to snog. She bloody deserves it. But I am afraid the whole thing caused more stress and annoyance than pleasure. 5/10

Romantic Christmas Movies on Amazon Prime 2022: Christmas with a Prince

Aside from its deja vu premises, Christmas with a prince is actually quite enjoyable. I am not the biggest fan of the amount of muscles that modern men boast or the way our Ken looks more like a doll than a human being but the script had him make a couple of jokes that made me smile. The acting of both protagonists and the step brother slash comic relief is believable enough. Thankfully, it is not one of those unbelievable love at first sight that crams coincidences to revendicate its existence. The doctor knew and crushed on the crowned frog before and she and her pediatrics department, especially the hospital kids, turned him into a worthy prince. Amazon Prime offers a whole set of this type of movie whose titles have a combination of Christmas and Prince or equivalents..  If you like this one enough, I hear, like all these fairy tales where the prince turns a pauper into a princess, that there are sequels, namely Christmas with a Prince: Becoming Royal. 6/10.

Christmas mingle is a 2014 romantic comedy starring Lacey Chabert and Jonathan Patrick Moore. Saidah Arrika Ekulona, the ever gorgeous Morgan Fairchild, Corbin Bernsen, Stephen Tobolowsky and an unrecognisable David Keith provide a lovely supporting cast. I was watching what appeared to be, at first sight, another romance movie, and then Christmas mingle suddenly went all Christian on me.  But it turned out ok actually. Lacey Chabert is as always very believable and the script does help make her not condescendent in the role (the narration less so). I was glad not to be stuck watching another “believe or die” emotional blackmail parading as faith conversion as was the Left behind movie. This is a good movie in general and the couple looks great. I do miss these kinds of films where sex does not have to be part of getting to know each other. It used to be one of the reasons I would go the Bollywood way until modern Bollywood decided to cram in some sex scenes, Hollywood style. It is a shame it has to be a Christian movie to be so, simply because that is a little restrictive and arrested thinking. 6.5-7/10

I had heard about this one but never got the chance to watch it until now. Muriel’s Wedding kind of reminds me of the stupid things we do orhave done as kids and how every growth unveils yet another past silliness.  An unassuming tale about nurturing self-confidence in your kids, being true to yourself and your friends and reaping what you sow, Muriel’s wedding also warns of about the way that our societal expectations and behaviour mentally affect our children. I so often  forget that Toni Collette ,the main movie star, is Australian so much she stars in Hollywood. Plus the first film I saw her in was British movie About A Boy. The film is also graced with the presence of the gorgeous Rachel Griffiths. I do wish Amazon Prime 2022 had subtitle on that movie because the thick Australian accent of certain actors made some of the script undecypherable. Finding love for yourself is a great romantic plot, methinks. 8/10 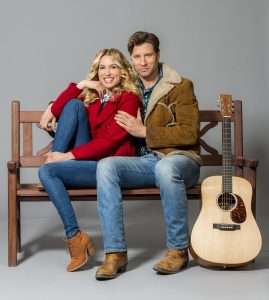 I don’t know if it is the music, the story of the Texas rose or the tale of Josephine, the female protagonist’s smile lights up the movie,  you just really want to see her smile, not compromise over and over again. I really enjoyed that one.. The beginning kind of annoyed me a little but redeemed itself by not being stupidly over-christmasy. She loves Christmas but she didn’t try to impose it to him as much as she could have.  The spot of guitar, the cowboy’s voice, the harmonica, that is what I would call the gathering of love. To bring stransgers into your home, that warmed my heart. We so no longer do this. Fear has taken over. 7/10

Actually this was highly enjoyable. The reasons for meeting made sense, the couple made sense. I like that she did not get the job instantly. But the 20-30 minute before the end conflict angered me. There was so much unecessary anger, which is admitted afterwards that it was obvious that it was just to tick that box. We clearly don’t mind eating formula if we watch modern romantic movies, but it does not mean it needs to be cold and unprepared. It was so stupid it took away a lot of the cheer it created. Following formula should never break the logical flow and it did. Before then 7/10 now 6/10.and I am being reasonable.

Charming Christmas is set at the heart of Christmas. But somehow, it remains full of realism. The storytelling doesn’t take the magic for granted or as an excuse to laze on the plot. Both the main protagonists and their immediate supporting acts are incredibly credible. I particularly like that the end did not break the spell by having reindeers leading the carriage to the sky. You are free, as the viewer to believe or not to. It is a choice, as it should always be. My favourite quote from there is from the female protagonist who undergoes a change of mind and heart and sums it up without ever looking like she meant to in a few words: 7.5/10

Romantic movies abound at Christmas, borrowing the magic of the season to make meet-cutes, love at first sight and other love miracles more plausible. Not all of them harness the opportunity but they still are viewable enough for a fan of the movie genre and its formula application.